Po Delta Park
What to do
Places of Delta
Events
Information 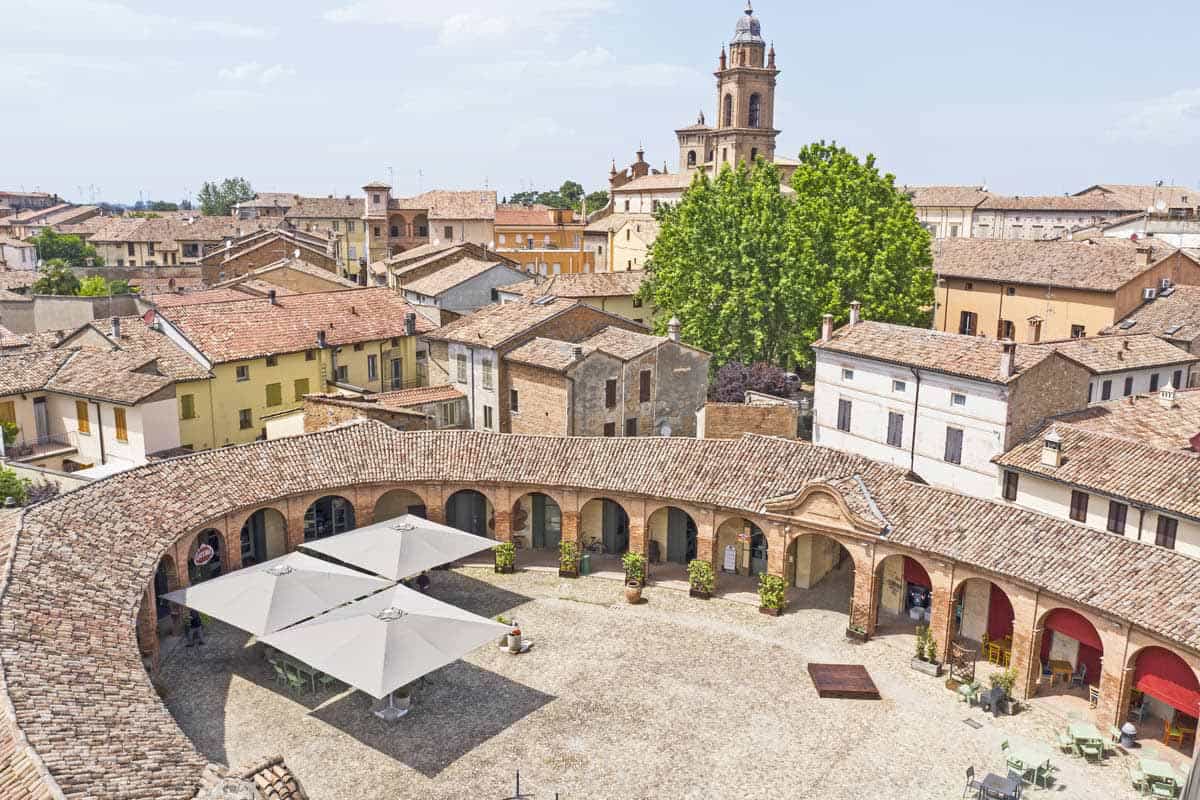 Located in the inland part of the Ravenna province, a few kilometers from the Adriatic Sea and the Apennines, Bagnacavallo has a strategic location with easy access to the Park of the Po River Delta, Ravenna, Faenza, Bologna and Ferrara.

When to go and what to see

Bagnacavallo’s hospitable atmosphere can be enjoyed all year long. Indeed the town has lots to offer. Amongst the most famous monuments is the Pieve di San Pietro in Sylvis, one of the most well preserved parish churches in Romagna. The church is located on the pilgrims’ route Via dei Romei; it dates back to the VII century and houses important XIV century frescos of the Riminese School.

Piazza Nuova is the most characteristic architectural site, with its uniquely elegant features. The square dates back to 1758 and is oval with porticos all around it. It was built as a market for meat, fish and oil. It was recently restored and houses a restaurant and some craft workshops.

Illustrious locals include Tommaso Garzoni, Leo Longanesi, Stefano Pelloni, known as il Passatore, and Bartolomeo Ramenghi, also known as il Bagnacavallo. The local museum houses his altarpieces "Madonna with child and Saints Michael, Francis, Peter and John" and "The Mystical Marriage of St. Catherine"; the presbytery of the church Collegiata di San Michele Arcangelo houses the altarpiece "Christ on a throne of clouds with the Saints Michael the Archangel, John the Baptist, Bernardino and Peter the Apostle".

The botanical garden Giardino dei Semplici, the romantic alley Vicolo degli Amori and the print collection Gabinetto delle Stampe at Museo Civico delle Cappuccine are some of the interesting things to see in town.

The main square Piazza della Libertà features the town hall and next to it the municipal theatre Teatro Goldoni, almost “a miniature Scala” for its beauty, according to the press. From November to April its programme features children’s theatre and great plays, including contemporary, comic and musical performances, often important national previews.

The town centre has a very enjoyable cinematographic atmosphere. The spaces and the buildings, palaces and churches, seem to emanate a natural predisposition for the video camera. For this reason numerous directors have chosen it as a location for their films; already in 1962 De Sica shot La Riffa in Bagnacavallo. Since then, a lot of Italian cinema has been filmed here.

An art town in the heart of Romagna, Bagnacavallo is one of the most interesting places to visit in the province. The ancient town’s centre is still intact with its medieval plan, a unique example in Romagna, with a peculiar structure of curved alleyways, long and beautiful porticos and a great number of noble palaces and religious buildings.

It’s a charming town that gives the visitor the pleasure of discovery, with its authenticity and ability to welcome everyone. Hospitality here is unparalleled, love and respect for nature are a way of life, art, culture and gourmet cuisine are the great heritage of this land.

Wine, vinegar, distillates, saba, honey, meat and puddings are in the basket of “Il Bagnacavallo”, a consortium that works to appreciate the value of typical local products. Its highlight is the red wine Bursôn, made with an autochthonous and unique grape. Local “passiti” are great wines for typical puddings and cakes made in September and October, such as: sugal, made with must, savòr made with pears and quinces, mistochine, piadot and San Michele’s cake, a secret recipe.

The local area can be discovered with fabulous cycling itineraries. The wide and fertile plain is dotted with parish churches, villas, rural houses, fortresses and noble palaces. Here seasons alternate in a spectacular way, with luscious blooming in spring and the return of birds, the warm shades of summer colors, the smell of must in autumn, the fog and frost in dreamy winter atmospheres.

"La Piazza in Tavola" is a journey dedicated to gastronomy and wine that takes place in May. Summer is full of musical and gastronomic events and September hosts the ancient feast "Sagra di San Michele" (1202) and the feast of Erbe Palustri (marsh reeds) in Villanova.

The six hectares of the green area Podere Pantaleone is 1km from the town. It has been left wild for years and typical local flora and fauna have developed freely creating a very interesting ecological habitat which exemplifies the old rural environment.

In Villanova (7 km), the Ecomuseo delle Erbe Palustri preserves the local heritage of marsh reed crafts; it holds more than 2,000 items that show the relationship between men and marshes. The museum’s outdoor display includes examples of local huts: the typical hut of Romagna, the cellar hut and the cavâna (a shelter for boats) inside a pond.